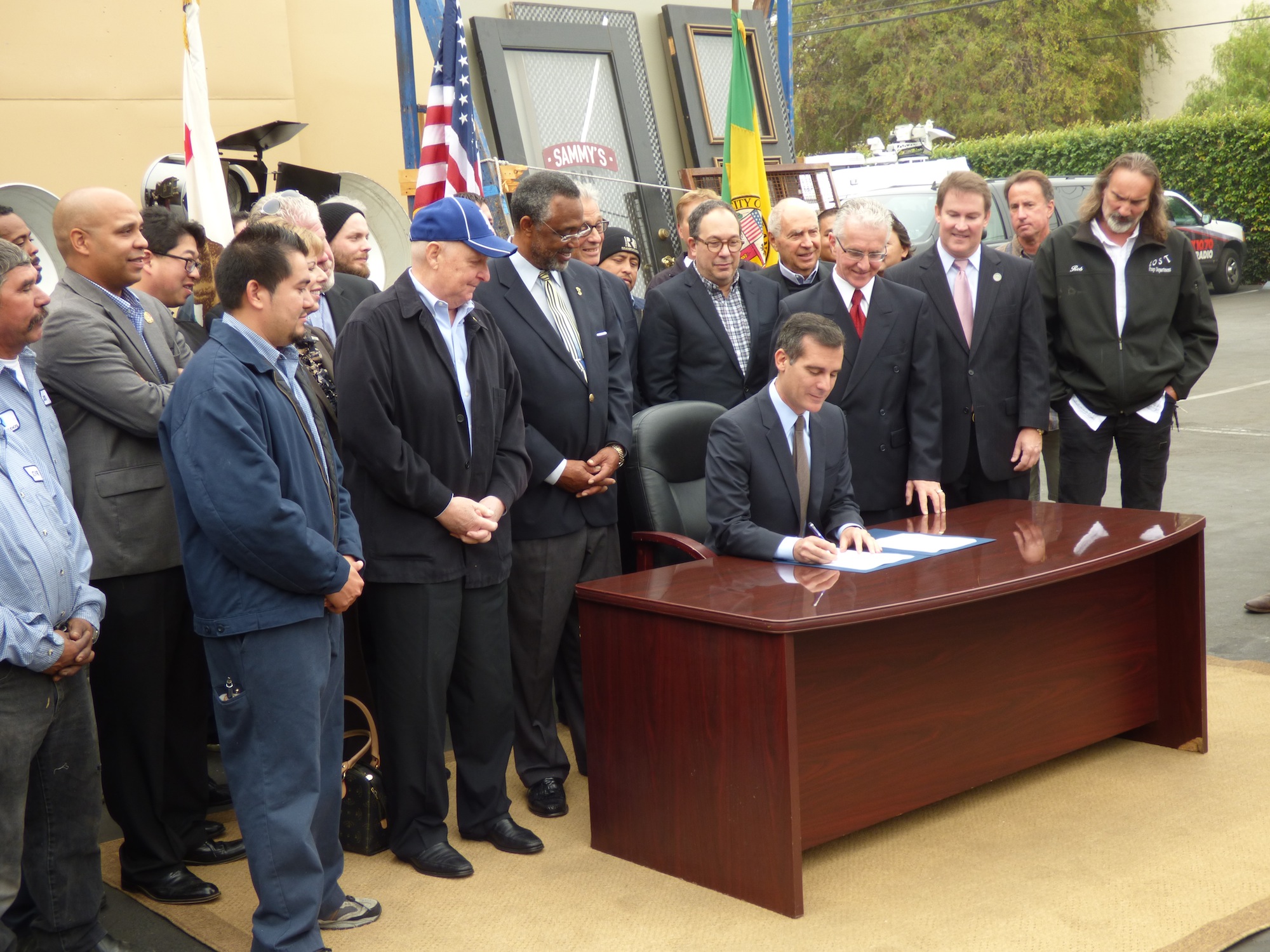 Today, I signed an initiative to help keep our signature industry right here where it belongs, in the great city of Los Angeles. This is an issue close to my heart. The bill I signed today – my first as Mayor of Los Angeles – is legislation I wrote as a Councilmember.

The importance of the film, television, and entertainment industries to our regional economy cannot be overstated. Beyond the stars, producers, and big names that people often associate with Hollywood are the more than 500,000 jobs that this industry supports. They’re carpenters, truck drivers, electricians, and crew who depend on these jobs to pay the bills, put their kids through school, and build our middle class. And while these folks may be referred to as “below the line”, they are my top priority. The ordinance I signed today is just a first step in the marathon effort my administration has before us: to not just stop but reverse runaway production. 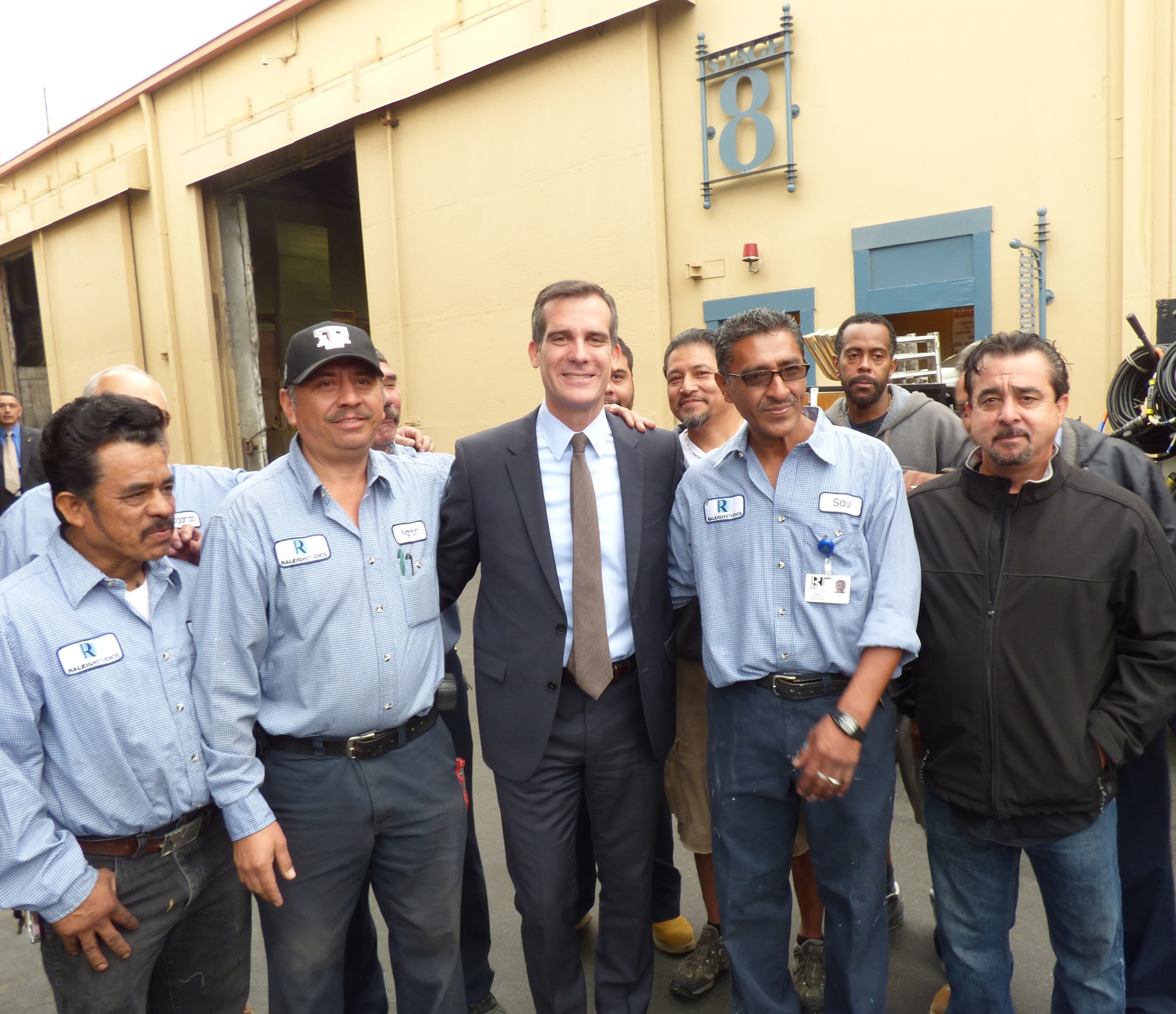 I’ve often said I’m going to be a back to basics mayor. That’s what this piece of legislation is about. By waiving fees for TV pilots, we’re simply doing what we should have been doing all along – making sure City Hall isn’t a roadblock to filming and jobs that help our city.

This is a small investment that can return large dividends. If this helps land a pilot, it makes us more likely to land a series if it’s picked up – meaning long-term, good paying jobs. And, those jobs aren’t just on the set. Each of those jobs supports the equivalent of three outside jobs.

I was elected with a mandate to put the recession in the rearview mirror. We won’t succeed unless we focus on this industry. So we’re going to work across City departments with initiatives like this to cut costs and red tape to bring filming jobs back. And we’re going to fight in Sacramento to make sure California is competing against the other states and countries that are luring our jobs away.

If it’s cheaper and more convenient to fly to another state for six months, leaving your family behind and putting the crew up in hotels and feeding them room service, then there is something that desperately needs to be fixed – and that’s exactly what I’m going to do.