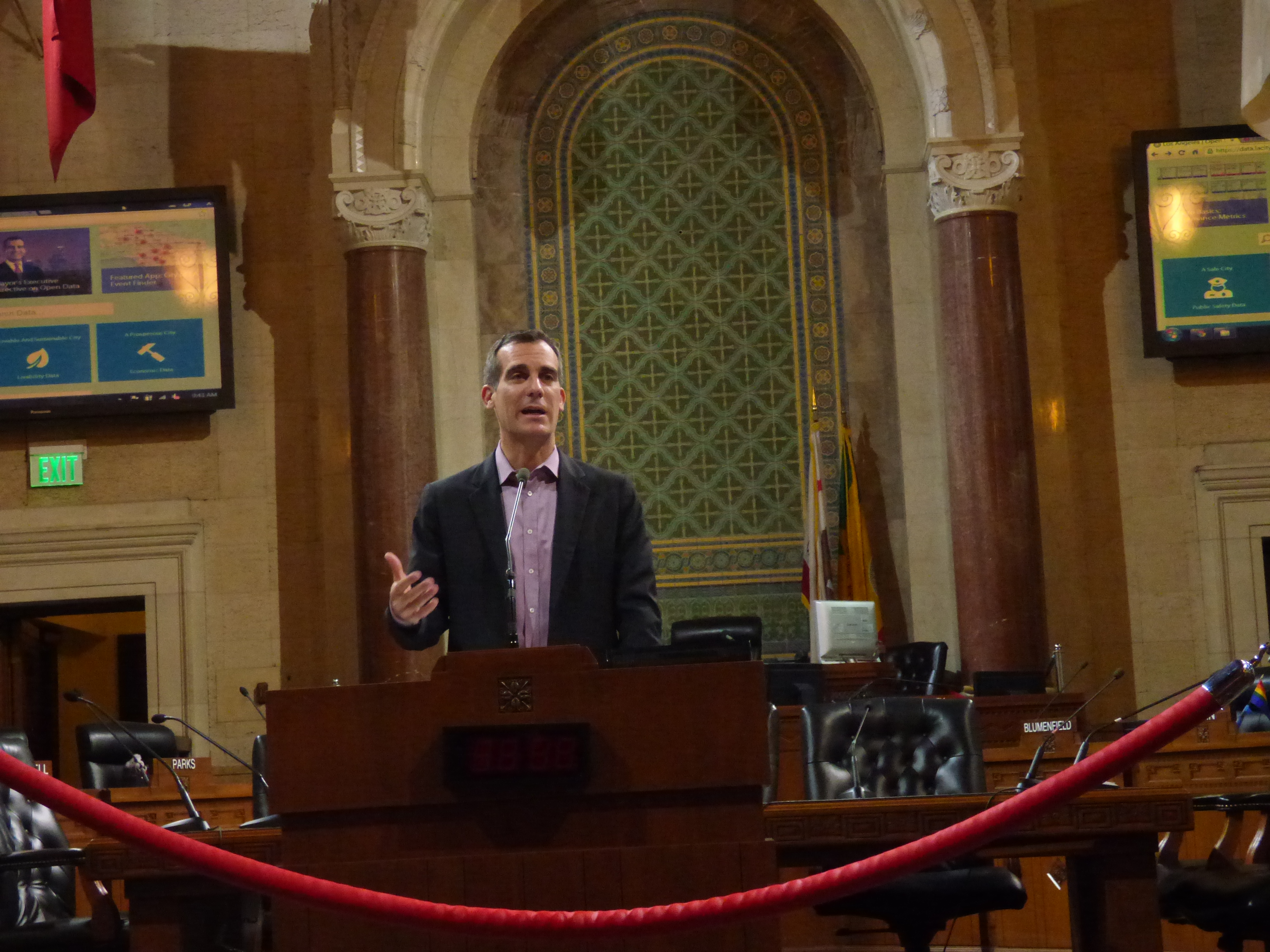 LOS ANGELES - Mayor Eric Garcetti announced today the launch of data.lacity.org, a central resource for anyone who seeks access to data collected by the City of Los Angeles. The website also offers a comprehensive look at the Mayor's performance metrics showcasing the city's progress on the Mayor's key priority areas of jobs and the economy, public safety, neighborhood quality of life, and government efficiency.

"Angelenos deserve transparency and accountability, and an open view of government," said Mayor Garcetti. "Our new Open Data portal gives residents access to the same information as their elected officials. With this new tool, academics, developers, journalists, and anyone with an interest in Los Angeles can access a one-stop treasure trove of information that was previously scattered across city websites if it was available at all."

"To promote transparency and accountability, the City of Los Angeles (“City”) will make publicly available raw data in easy-to-find and accessible formats. Open Data is raw data generated or collected by government agencies made freely available for use by the public, subject only to valid privacy, confidentiality, security, and other legal restrictions."

Mayor Garcetti unveiled the website at a conference hosted at City Hall entitled #techLA. The conference also hosted the first meeting of the Mayor's Council on Technology & Innovation which convened entrepreneurs, investors, and activists from LA's growing technology sector.

"I am simply blown away by the incredible collection of innovators gathered here," said Mayor Garcetti. "It's time we brought City Hall out of the analog era and it's time we truly engaged with our tech community to create jobs and extend opportunity in every L.A. neighborhood. I will call upon this council to propose ideas as well as policy and technological solutions to help government work better, to save taxpayers money, and to prepare our students, workforce, and economy for the 21st century."

The #techLA Conference, which received more than 1500 RSVPs online, also hosted a tech jobs fair, a technology product expo, and panel discussions on civic innovation and technology with members of LA's tech community.