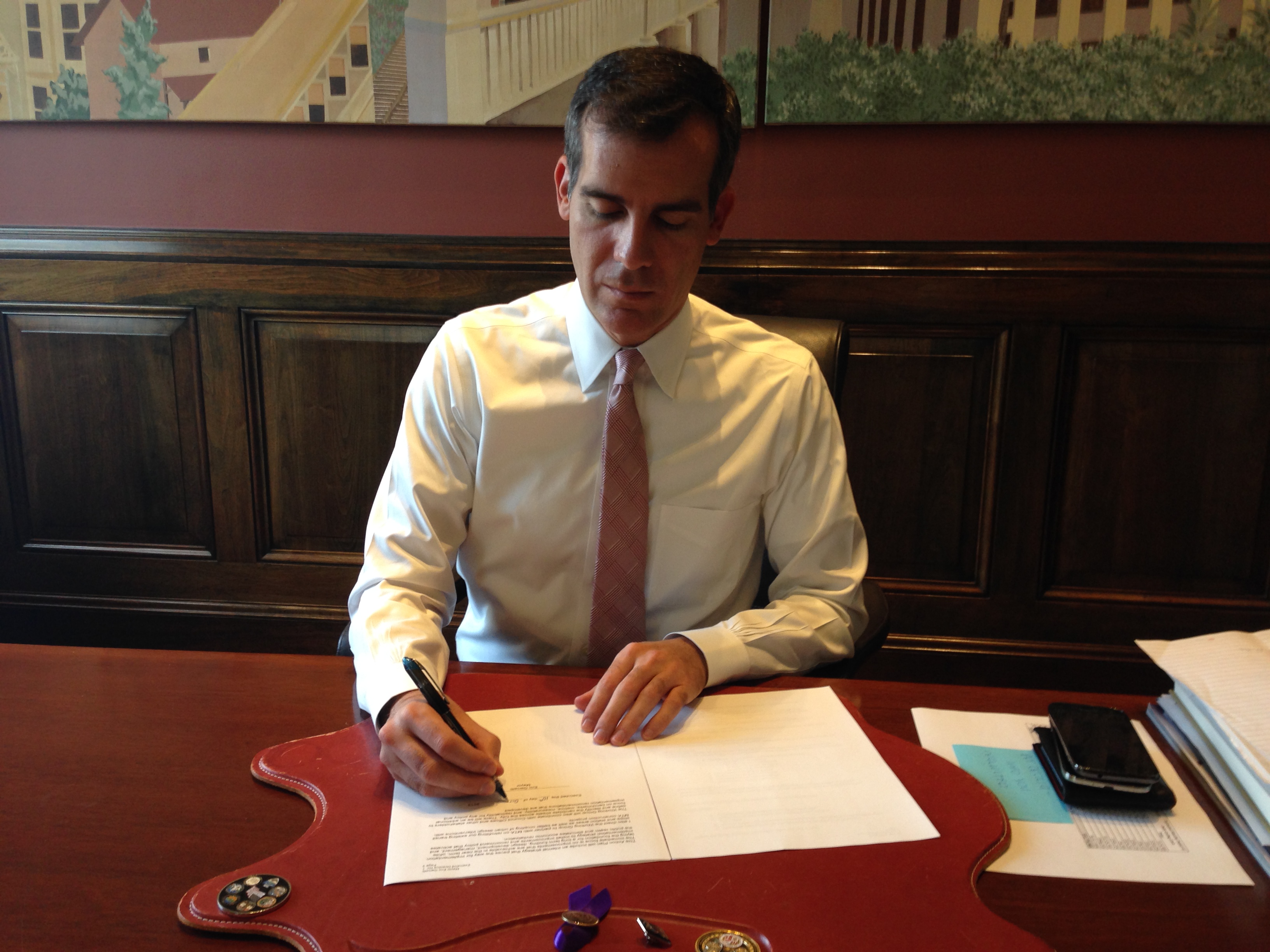 “Today, I issued my first Executive Directive – establishing the City of Los Angeles ‘Great Streets’ program – creating jobs and making city government work better. We are taking another big step towards a fundamental change in how we perceive, interact, and build around us. A great neighborhood needs a great street as its backbone, and, as city leaders, we need the backbone to make the bold changes necessary to build great streets," said Mayor Garcetti.

The Great Streets Program is formally created through an executive directive, which creates a working group composed of the following departments:

The working group is expected to closely coordinate with the Los Angeles Department of Water and Power as well as the Los Angeles County Metropolitan Transportation Authority (MTA).

"Their first priority will be to make sure streets projects are coordinated. No more Bureau of Street Services paving a street on Monday, DWP digging it up on Tuesday," said Mayor Garcetti. "Let's also combine a DWP pipe project with some street furniture funds and with a sidewalk repair project all at the same time."

"There are two essential elements to a strong city: a thriving economy that creates opportunity and pays the bills and a city government that delivers the core services that improve the quality of our life – safe streets, clean streets, and streets in good repair,” added Garcetti.