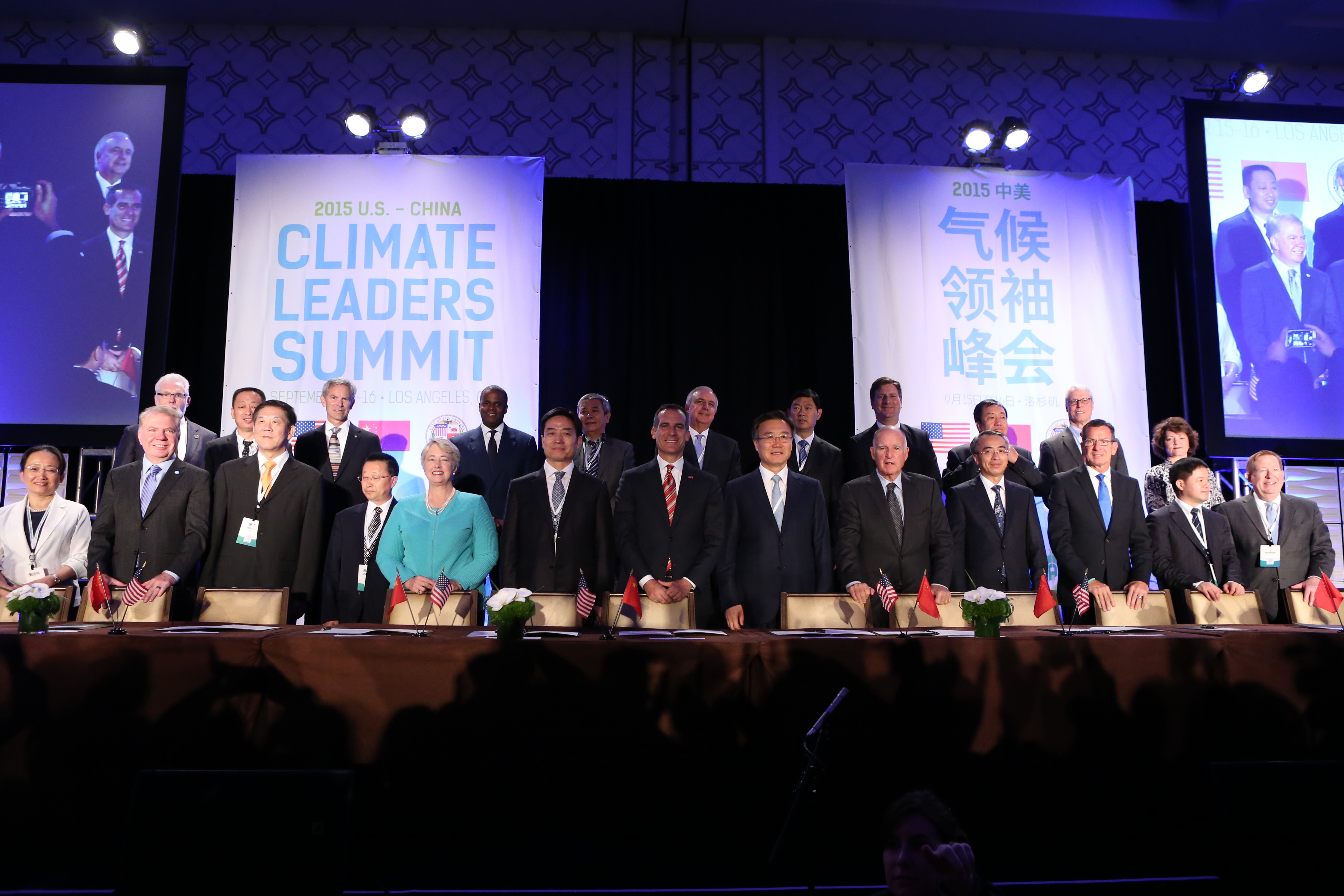 Declaration recognizes the central role of cities, states and provinces in the implementation of last year’s U.S.-China Joint Announcement on Climate Change.

“As home to over half the world's population that's responsible for 70% of the planet's greenhouse gas emissions, cities are ground zero in the fight against climate change” said Mayor Garcetti. “With this Declaration, we are turning ambitious promises into tangible and specific progress — progress that not only meets national emissions goals, but surpasses them. As mayors, it's our mandate to create more livable cities, but it's our calling to create a more livable world.”

As part of the Summit, the City of Los Angeles has agreed to take unprecedented actions alongside counterparts in China. Today, Los Angeles and the City of Zhenjiang, Jiangsu Province became the first cities to endorse the Subnational Global Climate Leadership Memorandum of Understanding. Led by Governor Brown and commonly known as “Under Two,” the MOU underscores the signatories’ goal of limiting warming to below 2°C, which Intergovernmental Panel on Climate Change (IPCC) scientists say is needed to avoid dangerous climate change. It also demonstrates signatories’ shared goal of limiting GHG emissions to 2 tons per capita — or 80 percent below 1990 levels — by 2050. Los Angeles has already committed to an 80 percent reduction in the Sustainable City pLAn that was released in April 2015.

Los Angeles also announced MOUs with the cities of Beijing and Shenzhen. The agreement with Beijing recognizes shared challenges with regard to air pollution, improving mobility, and vulnerability to climate impacts, with the two cities working together to advance sustainable urban development, smart transportation planning, and economic development. Shenzhen and L.A. have agreed to share lessons learned on advanced vehicle deployment and green buildings — with a particular focus on strategies to reduce pollution at the cities’ busy ports.

Chinese officials announced the landmark formation of the new “Alliance of Peaking Pioneer Cities” (APPC). The cities and provinces in the Alliance will peak emissions in advance of the Chinese government’s national goal of 2030 — with some, including Beijing and Guangzhou, committing as early as 2020. The Chinese cities and provinces making commitments represent approximately 1.2 gigatons of annual carbon dioxide emissions, about 25% of China’s urban total. That is roughly the same level of carbon dioxide emissions as Japan or Brazil.

The full Declaration is available at: http://www.lamayor.org/us-china-climate-summit-leaders-declaration

The full list of commitments made at the Summit is available at: http://www.lamayor.org/summitfacts

Mayor Garcetti is committed to making Los Angeles a leader in fighting climate change. His Sustainable City pLAn set a target of reducing Los Angeles’ greenhouse gas emissions by 80 percent by 2050. He has also committed to making LADWP coal free, which in the wake of the city’s recent divestment from the coal-powered Navajo Generating Station, is now on track to happen by 2025. Mayor Garcetti is also focused on achieving aggressive and ambitious solar power and green building targets, which are detailed in the city’s first-ever Sustainable City pLAn (plan.lamayor.org). He currently serves as a member of President Obama's Task Force On Climate Preparedness and Resilience; co-founded the Mayors National Climate Action Agenda; and has joined the Compact of Mayors, a global cooperative effort among mayors and city officials committed to reducing local greenhouse gas emissions, enhancing resilience to climate change, and tracking progress transparently.