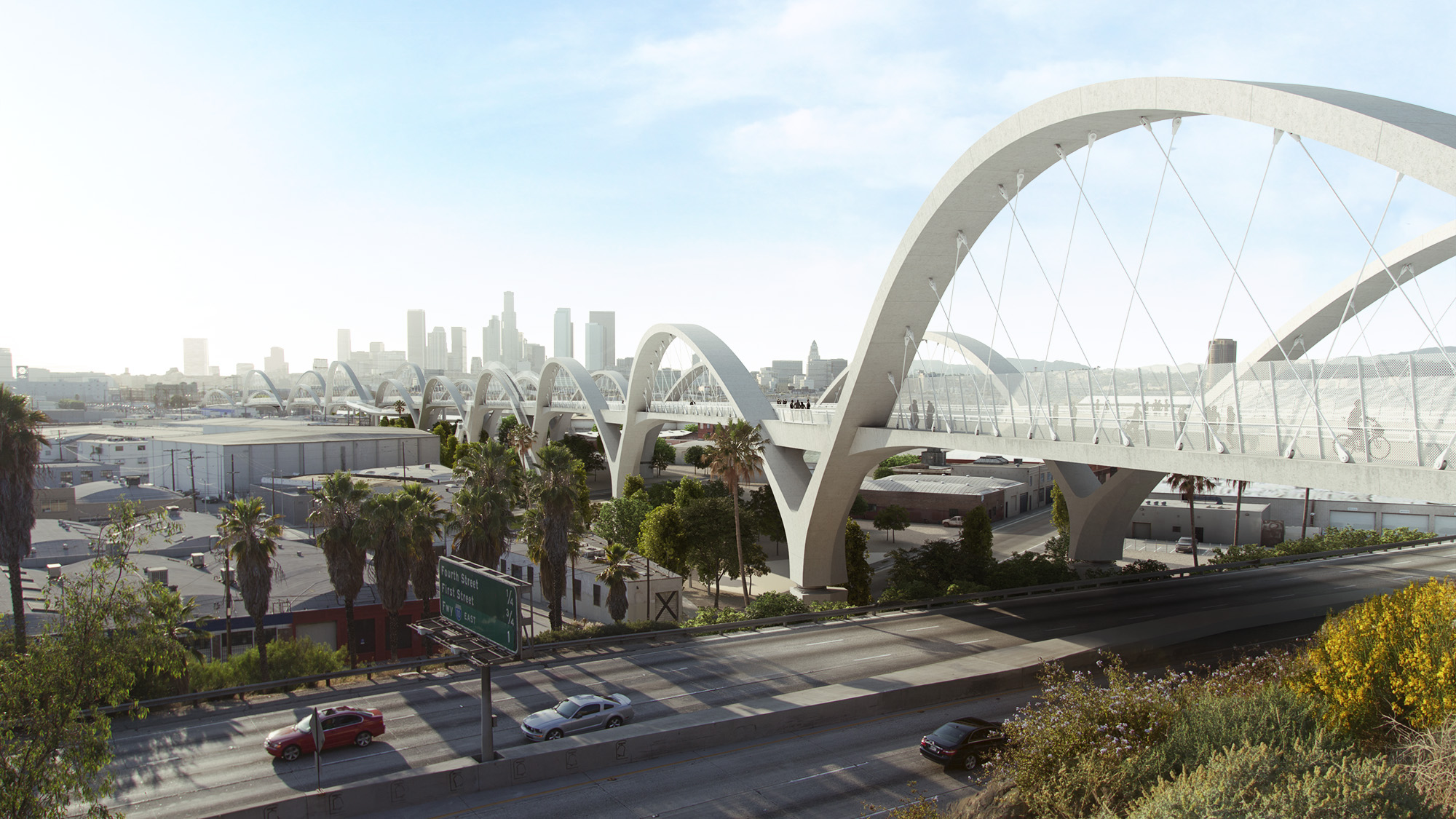 "Unfortunately, the iconic 6th Street bridge is fatally damaged. But this challenge represents a rare opportunity to build a modern landmark for Los Angeles that accommodates our modern traffic needs – with improved vehicle flow, pedestrian amenities, bicycle infrastructure, and a dramatic design that demonstrates our city’s place as the creative capital of the world," Mayor Garcetti said. "Investing in L.A.’s infrastructure is a cornerstone of my back to basics agenda. We are a world class city, and it’s time we invested in world class infrastructure."

The current bridge, built in 1932, is being replaced due to serious safety concerns. Elements of the current bridge have cracked and deteriorated over the past 80 years due to an internal chemical reaction called Alkali Silica Reaction (ASR), and it is subject to failure during a major earthquake.

It will be replaced by a “ribbon of arches” design by HNTB that will include viewing areas, improved pedestrian walkways, and bike paths. The viaduct is scheduled to be completed by the end of 2018 and is estimated to cost $422 million. Funding is primarily from the Federal Highway Bridge Program with matching funds from the State Proposition 1B Seismic Safety Retrofit program and the City of Los Angeles.

The City of Los Angeles Bureau of Contract Administration and City Attorney were key in securing a Project Labor Agreement on this Federal Highway Administration funded bridge replacement project. This will create many opportunities for targeted hires, apprentice programs, and disadvantaged workers. The project is estimated to create well over 3,000 jobs. 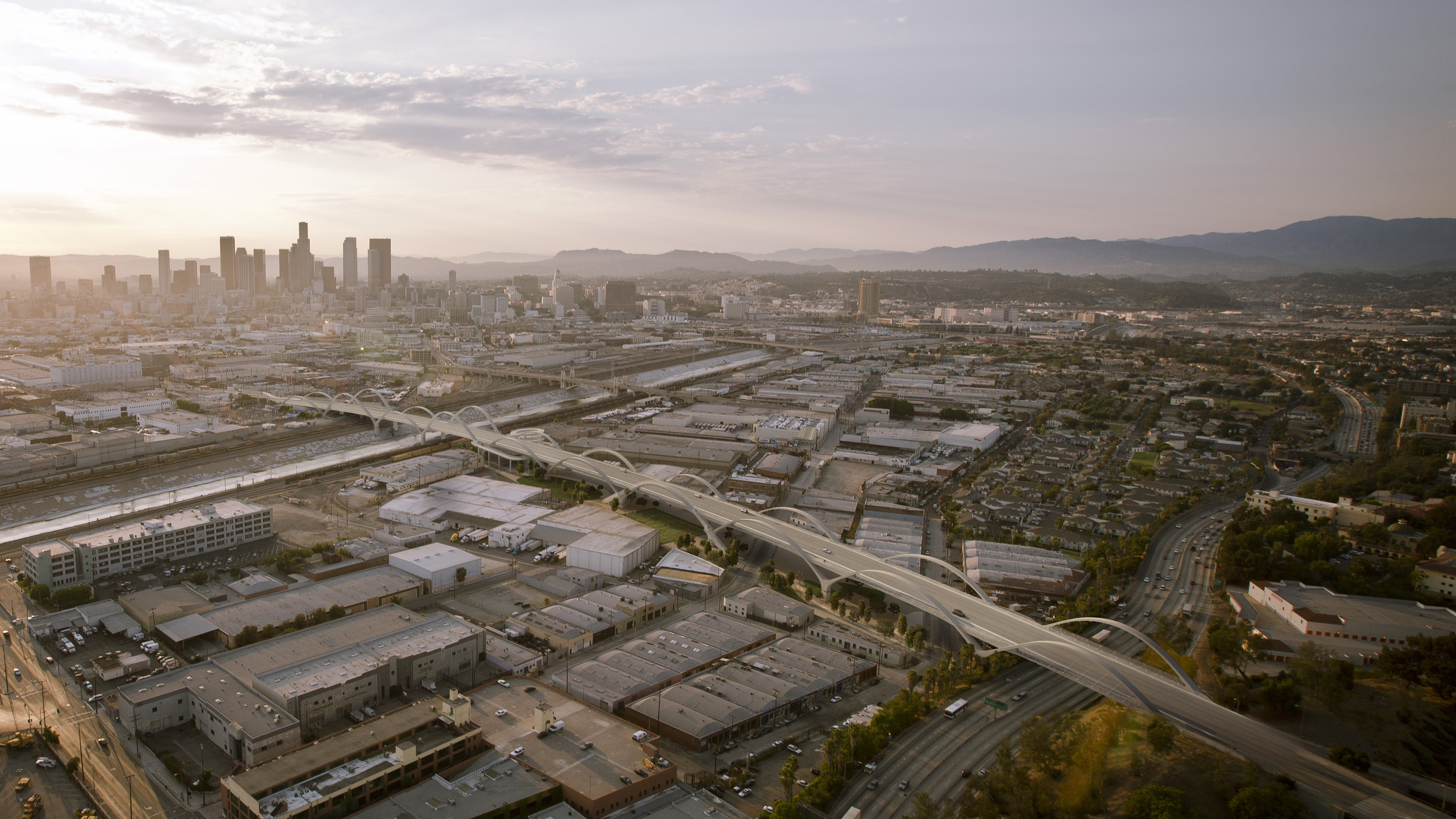