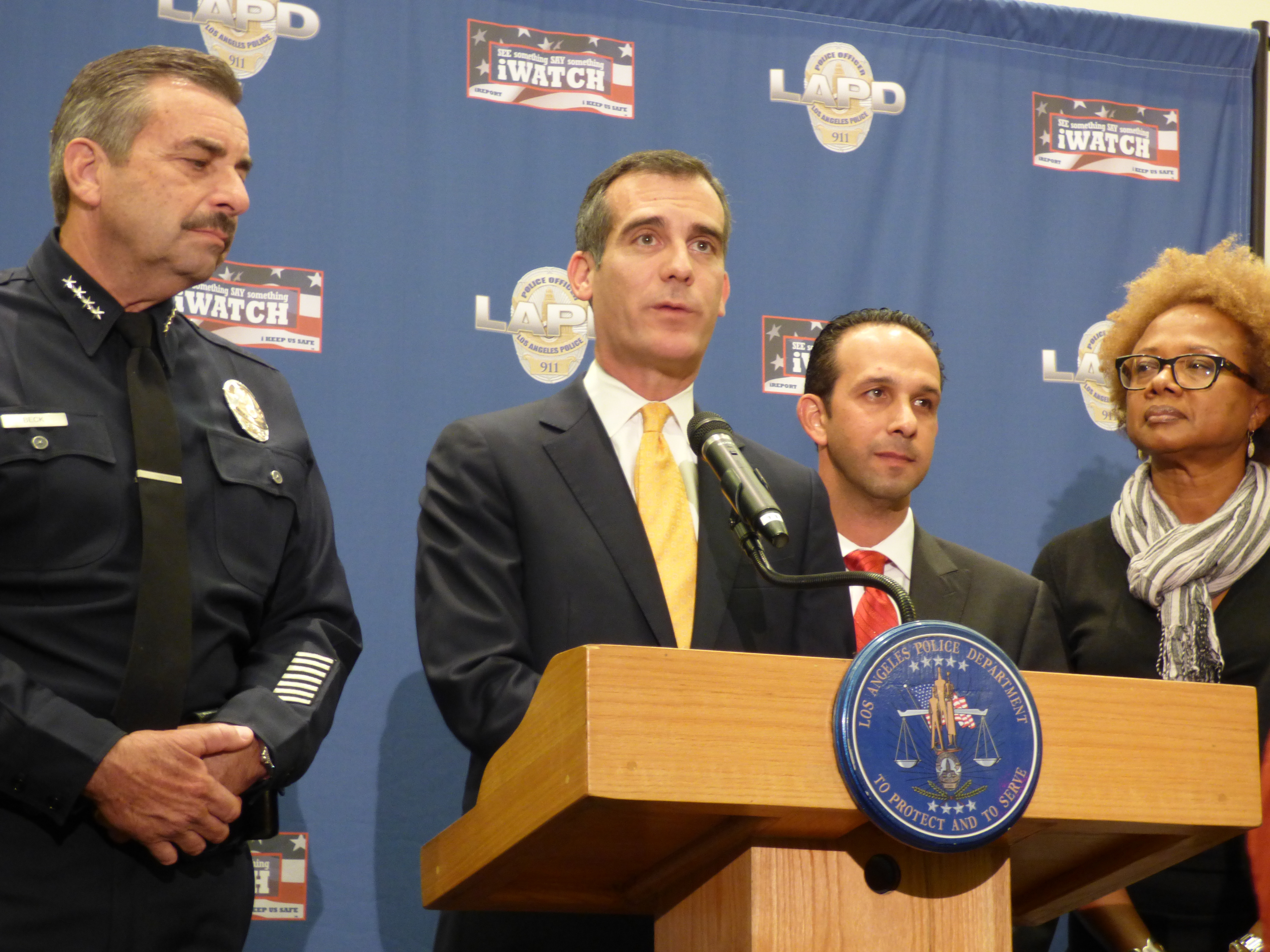 LOS ANGELES -- Mayor Eric Garcetti announced today that he is putting into action a nation-leading body camera plan for LAPD by signing a contract to roll out over 800 cameras in areas with high police activity and including funding in his next budget to deploy cameras for every officer on the street.

"Out on the street, things aren't always clear cut. These cameras will help law enforcement and the public alike find the truth -- and truth is essential to the trust between the LAPD and the community, which has been a key factor in lowering crime to record lows," Mayor Garcetti said. "I want to make sure LAPD is on the cutting edge when it comes to crime suppression and constitutional policing."

While events in Ferguson and President Barack Obama's call for cameras have brought this issue recent national attention, Mayor Garcetti's administration has been moving forward on the use of on-body cameras for more than a year.

"Los Angeles will be the first major city to have a camera on every police officer," said Councilmember Englander, Chair of the Public Safety Committee. "This is a bold step that we took as a City to bring greater transparency to the Los Angeles Police Department."

“Our community, and in particular communities of color, have asked for transparency in all levels of government, and that includes policing efforts," said Councilmember Curren Price. "This city-wide body camera program will help us answer that call, increasing public trust in our police department in our communities that need it most. I am especially excited to see this program being rolled out in my district, a community that has struggled in recent months with use of police force. At a time when there are cameras everywhere we should be leading the nation, equipping our officers with the best technology available."

Mayor Garcetti's Police Commission President Steve Soboroff raised more than $1.5 million in private funds to jump start the camera program and LAPD has been conducting field tests. Satisfied with those tests, Mayor Garcetti and LAPD have decided to execute a contract that includes the purchase of over 800 Axon cameras to be deployed to patrol and specialized detail officers (including gangs and bikes) in the Newton (South L.A.) and Mission (San Fernando Valley) Areas, and to three specialized units in Central Area -- the Safer Cities Initiative, Eastside Detail, and LA Live Detail. The privately raised $1.5 million will pay for those cameras.

Mayor Garcetti will provide funding in his budget for FY 2015-16 to acquire the approximately 7,000 total cameras needed to ensure all officers on the street will be outfitted.

"Chief Beck has been a leader in the monumental reform of the LAPD and a steady hand at the helm as the department emerged from the Department of Justice consent decree," said Mayor Garcetti. "Through his work on the Task Force, L.A. would be sharing its experience and expertise to shape recommendations to the White House that can change the status quo at police departments across the country."